Great Mosque and Hospital of Divriği

This region of Anatolia was conquered by the Turks at the beginning of the 11th century. In 1228–29 Emir Ahmet Shah founded a mosque, with its adjoining hospital, at Divrigi. The mosque has a single prayer room and is crowned by two cupolas. The highly sophisticated technique of vault construction, and a creative, exuberant type of decorative sculpture – particularly on the three doorways, in contrast to the unadorned walls of the interior – are the unique features of this masterpiece of Islamic architecture.

Located on the slopes below the castle of Divriği, Sivas Province in central eastern Turkey, the Great Mosque and Hospital of Divriği is a remarkable building combining a monumental hypostyle mosque with a two storey hospital, which includes a tomb. Founded by the Mengücekide emir Ahmed Shah following the victory of the Seljuk Turks over the Byzantine army at the battle of Malazgirt in 1071, the mosque is dominated externally by the hexagonal, pointed roofed dome over its mihrab (prayer niche), a cupola over the ablutions basin in the centre of the prayer hall and elaborately carved monumental stone portals on the north and west. Internally, four rows of four piers create five naves roofed by a variety of intricately carved stone vaults. The adjoining hospital, the Darush-shifa, was founded by Ahmet Shah’s wife Turan Melek and designed by the architect Hurrem Shah, in 1228-1229. It is entered via a monumental, elaborately carved stone portal on the west, leading into a double height atrium formed by four massive piers supporting a dome with an oculus over a central pool, around which are located the hospital rooms.

The highly sophisticated technique of vault construction and a creative, exuberant type of decorative sculpture – particularly on the three doorways, in contrast to the unadorned walls of the interior – are the unique features of this masterpiece of Islamic architecture. The variety of the carved decoration indicates that is was carried out by different groups of craftsmen. The main characteristic of the designs featured in the portals is their uniqueness: each is distinct from other decorations. As well as portals, all bases, shafts and capitals of the columns, and the inner surface of the dome and the vaults, were decorated in a distinct and unique style. There are no other examples of the three-dimensional and intricate geometric styles and flowing figures of plants. The vaulting of the hospital room is comparable in scientific achievement to that of the prayer hall of the Mosque, and shares the splendid unity of the Great Mosque.

Criterion (i): A unique artistic achievement, this cultural property in itself represents one of Islamic architecture’s most beautiful built spaces.

Criterion (iv): The Divriği Mosque is an outstanding example of a Seljuk mosque in Anatolia, as it neither has a courtyard, colonnades nor an uncovered ablutions basin, but rather organizes all religious functions in an enclosed area, owing perhaps to the harshness of the climate. A charitable foundation, the contiguous hospital makes an already exceptional ensemble even more interesting, thanks to a princely command.

The Great Mosque and Hospital of Divriği remain intact retaining the key attributes carrying Outstanding Universal Value. The stone ornamentations are vulnerable to the effects of atmosphere, humidity and salt, and the building is vulnerable to drainage problems. Also the setting of the complex is vulnerable to the impact of surrounding development.

Within the framework of the ongoing expropriation processes of private properties in the close vicinity of the Divriği Great Mosque and Hospital, launched in 2009 by the Governor of Sivas, a number of buildings were demolished in order to minimize the impact of surrounding development on the historic setting. In addition, a landscaping project to design walking paths and visitor facilities will begin after the completion of the second phase of expropriation program.

The Divriği Great Mosque and Hospital complex has been restored several times. According to inscriptions, intensive restoration was carried out between the 15th and 19th centuries. In the 20th century work was done to prevent material deterioration and mitigate static problems. But the property retains its authenticity in terms of form, substance, design and materials.

The Great Mosque and Hospital of Divriği is legally protected under the law of “Conservation of Cultural and Natural properties” No. 2863. Within this legislation, it was registered as a “monumental building” by the Conservation Council of Kayseri in 1989. Furthermore, a conservation zone around the property was established to control the potential development nearby. Through the provisions of the law No. 2863, the “Committee of Monumental Building, Great Mosque and Hospital of Divriği” was formed to assist and guide the conservation works.

The property has a management system dealing with the protection and preservation of the attributes which addresses the threats and vulnerabilities of the property. The property has undergone a program of building and structural surveying which is an in-depth investigation and assessment of the construction and condition of the building. The resulting report of analysis has provided extensive information including possible structural problems, load capacities and soil analysis, and identified items in need of attention or repair. The data obtained here will be used for the preparation of the reinforcement and restoration project of the building and for its maintenance on a regular basis. 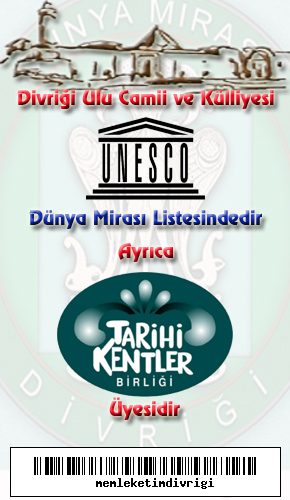 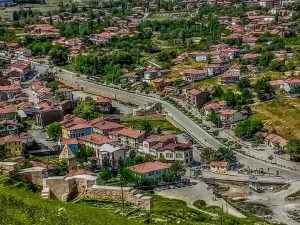 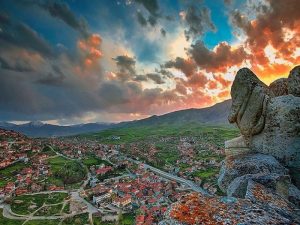 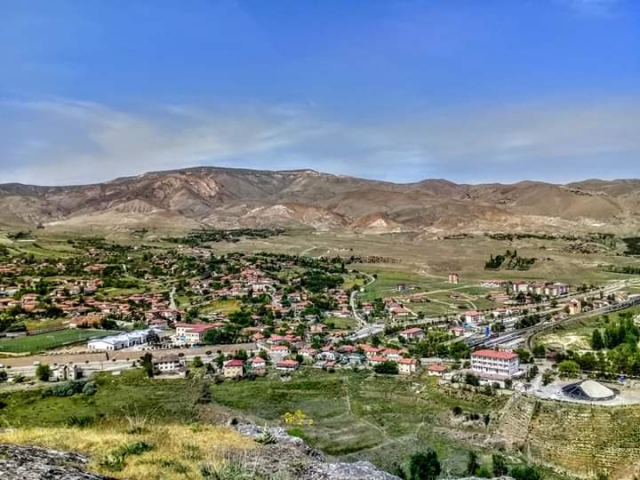 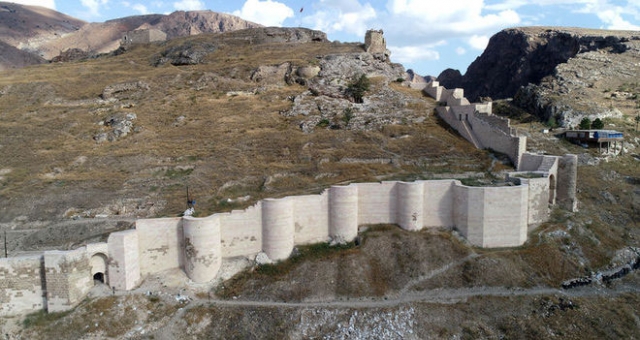 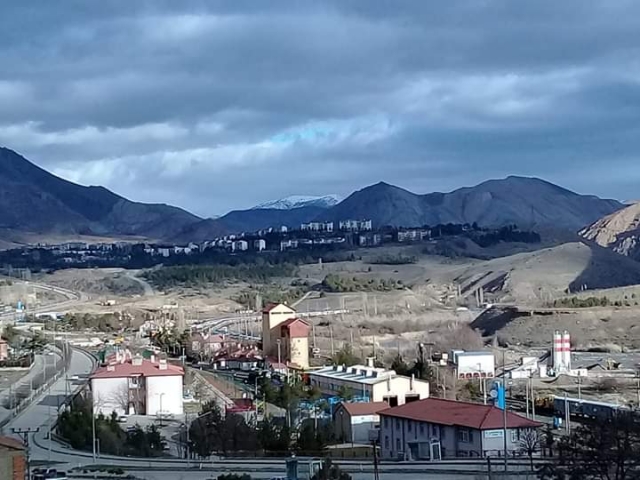 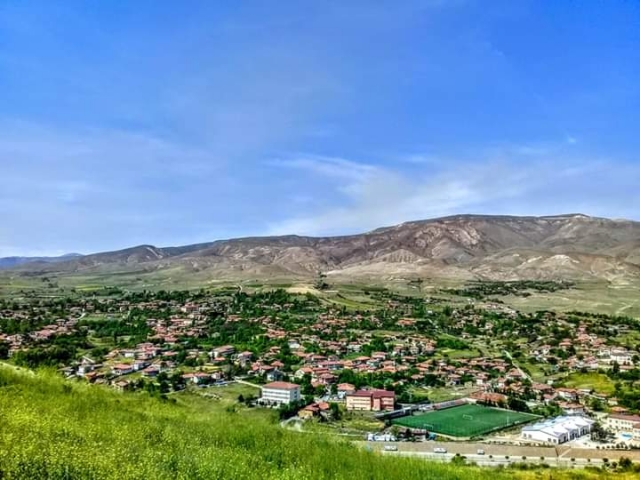 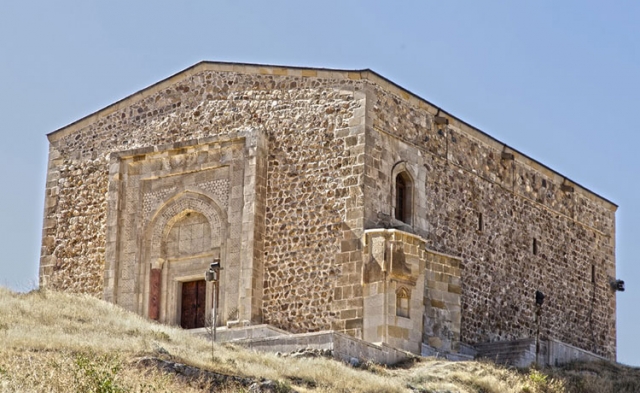 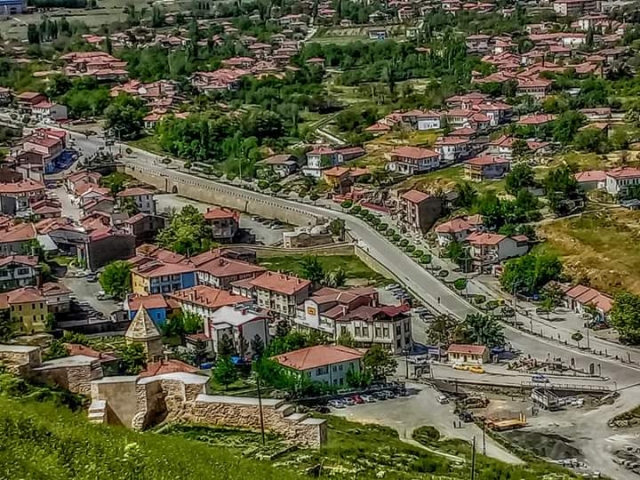 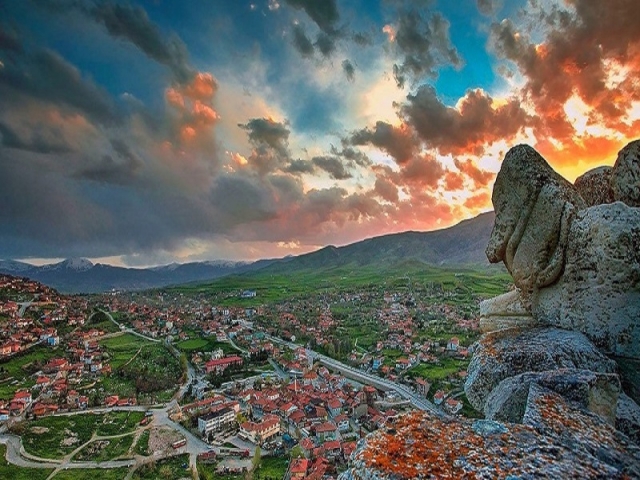 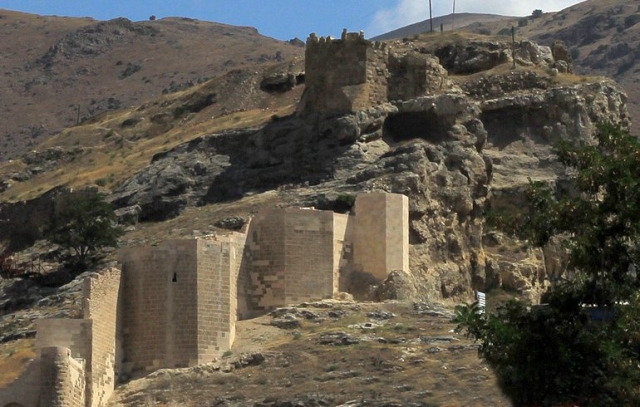 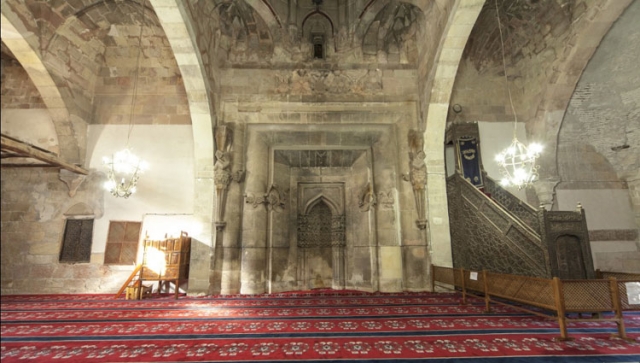 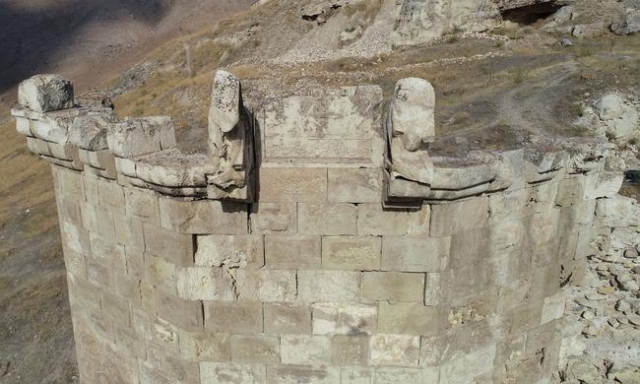 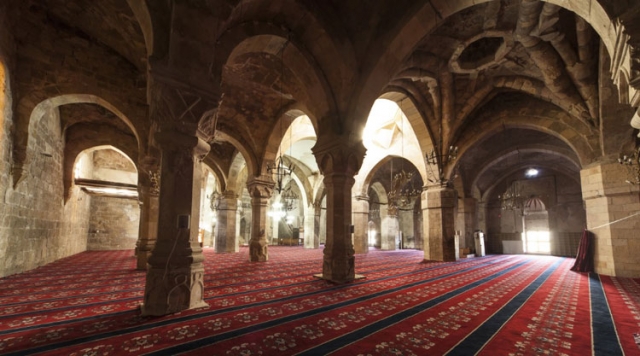 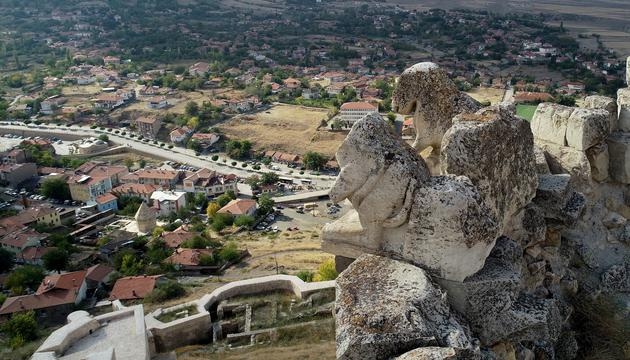 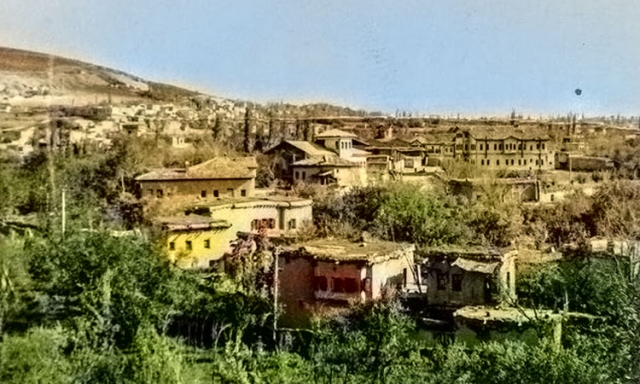 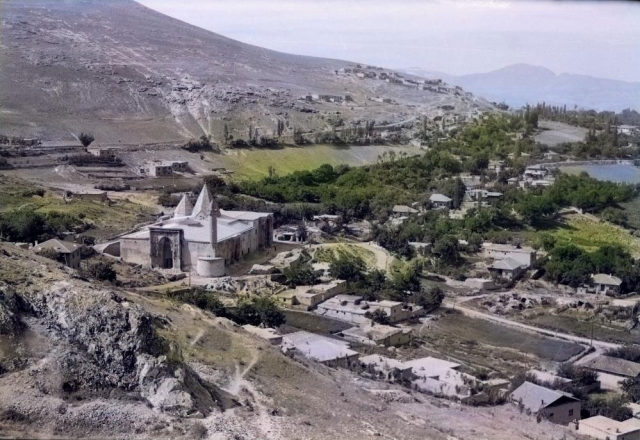 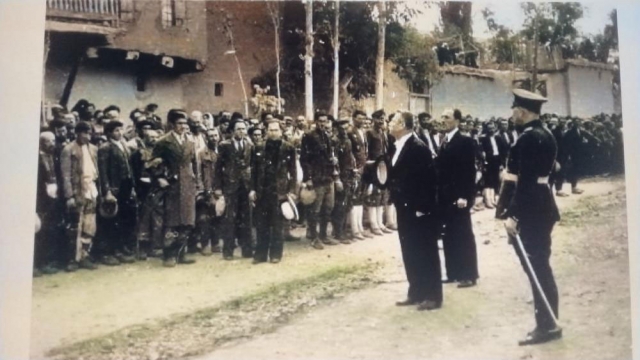 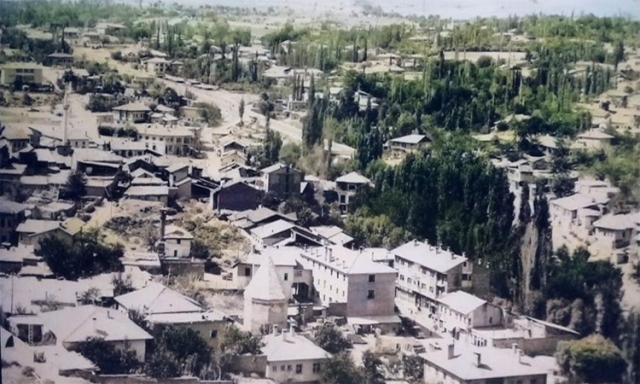 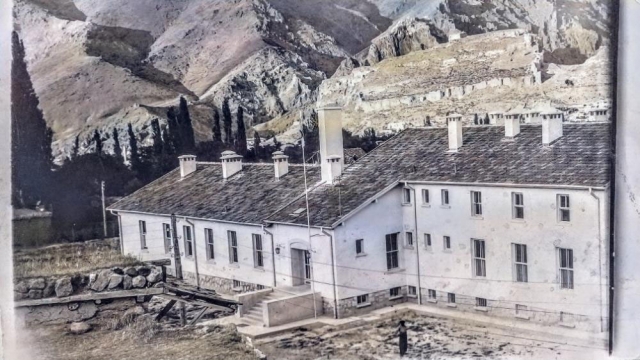 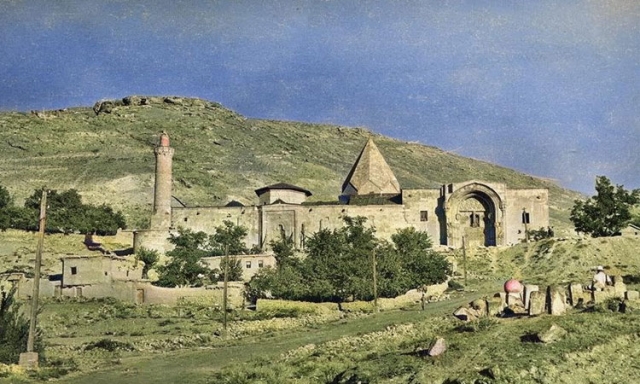 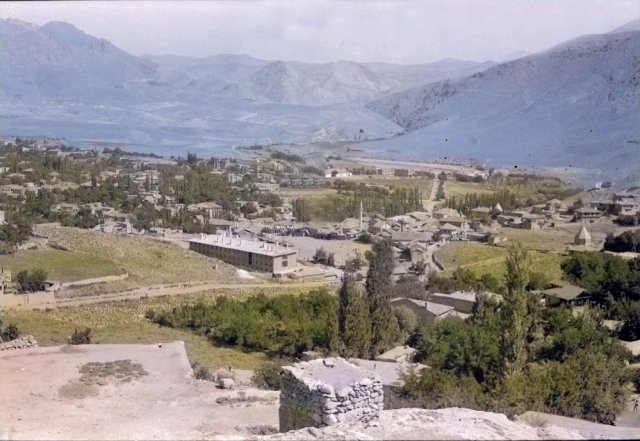 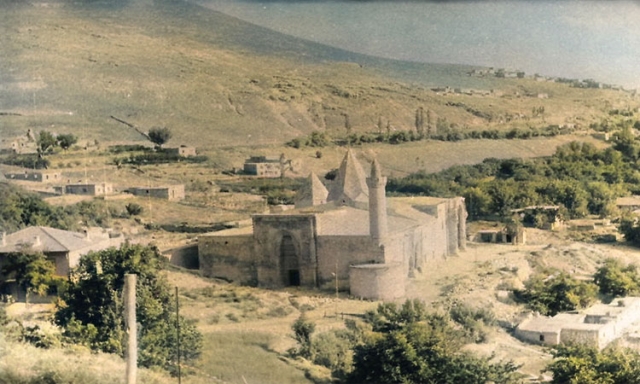